Jan was appointed by the Premier of Victoria on 1 August 2019 as the independent statutory officer responsible for monitoring and reporting on how the Victorian Government and its agencies implement the family violence reforms. 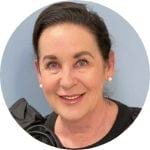 I was appointed by the Premier of Victoria on 1 August 2019 as the independent statutory officer responsible for monitoring and reporting on how the Victorian Government and its agencies implement the family violence reforms. I am honoured and humbled to have been given such an important task.

Throughout my career in the criminal justice system, both in adult corrections and with young people in contact with the law, I have seen too many women and children who have suffered and survived the devastating impacts of family violence. I have also worked with the perpetrators of family violence, providing services aimed at preventing further harm. These experiences will keep me grounded and remind me to keep a focus on the diverse needs of the communities we serve.

While I have only been in the role since 2 October 2019, I have felt the dedication, commitment and drive of those I have met across government and its community sector partners to create the best possible service system responses for the victim survivors of family violence. I am beginning to appreciate the size, scope and complexity of transforming the whole service system; the task is enormous.

At this time, it is not possible for me to comment on whether progress of the reforms is where it should be. However, I have seen an immense positivity about the future, a solid commitment and unprecedented investments to deliver on the 227 recommendations of the Royal Commission into Family Violence. This appears to me to be underpinned by strong governance arrangements, transparent reporting and dedicated people working together with a strong and common purpose.

My analogy is this: acquitting the 227 Royal Commission recommendations is akin to assembling the building blocks and cementing them into place. These ‘building blocks’ represent the foundations, girders and walls of the structure designed to support a completely reformed service system. It is not expected that all 227 recommendations will be completed when the monitoring ends on 1 November 2020. My goal is to provide an independent account of progress made at this time and advise on the stability of the structure as the building blocks all fit together.

To provide context to the readers of this year’s report, the monitoring priorities for 2018–19 were set by the former Monitor, Tim Cartwright APM, as was the risk-based monitoring approach. This is the same methodology that was applied in the two previous monitoring periods. The bulk of this third report naturally focuses on these specific priority areas that were selected. As it is my duty to exercise independence of judgement, I have probed the findings to satisfy myself about the basis on which they are formed. The report also contains some of my initial observations since taking up the role. I have chosen not to include detailed examination of actions that government may have taken in response to previous Family Violence Reform Implementation Monitor (FVRIM; the Monitor) report findings or suggested actions but to form my own assessment of progress on implementation.

I am particularly impressed by the extensive whole-of-government structures and reporting arrangements now in place across the reform program and also by the enactment of new legislation to ensure key elements of the reforms are enduring; the machinery-of-government changes to support implementation and delivery, the reconfirmation of the allocation of responsibilities for the implementation of each of the remaining Royal Commission recommendations among 11 individual government Ministers, and the high-level governance structures that have been established to provide clear oversight and direction for the whole-of-system reforms.

I am moved by the numerous partnerships with the Victorian community to embed a culture of co-design across the system. Two strong examples are the Victim Survivors’ Advisory Council and Dhelk Dja – Safe Our Way: Strong Culture, Strong Peoples, Strong Families (the Dhelk Dja agreement), the Aboriginal community-led agreement articulating a long-term partnership and directions to ensure that Aboriginal people, families and communities can be free from violence.

There is a clear role for the Family Violence Branch of the Department of Premier and Cabinet in reporting and advising the Premier and the Minister for Prevention of Family Violence on the reforms, including whole-of-reform implementation, expenditure and outcomes, risk mitigation approaches and strategic direction setting.

Central to the reform is the dedicated and focused government agency, Family Safety Victoria, with a remit to implement many of the key Royal Commission’s recommendations in partnership with the service sector. My initial observations are that this is an active learning organisation with a structure that supports evidence-based policy, effective project delivery and co-design of services. The establishment in statute of Respect Victoria to contribute to primary prevention of all forms of family violence and violence against women signifies the commitment to long-term generational change across the Victorian community.

My approach to monitoring and my focus in the next period will likely be different in many ways to that of the previous Monitor. However, the values of the office of the FVRIM will not change. As this is the final year of the four-year term of an independent monitor, we will examine implementation progress across the service system and across the whole reform program. If and when we identify any systemic flaws or cracks within that structure that have potential to place the overall program at risk, I will bring these to the attention of those with responsibility for delivery. Applying this approach, the next and final monitoring report will consider how far implementation has progressed and any systemic issues across the program. It will also provide an account of what is being done to address these issues so as to create a service system that is the best that it can be.

I intend to work closely with the government agencies responsible for implementing and reporting on these reforms and to maintain strong relationships with the non-government sector so that we can continue to listen to the voices of victim survivors, as well as the many dedicated professionals working tirelessly in this area, to understand what is changing and what requires further attention. Indeed, the Monitor’s office could not do justice to the mandate we have been given without these close alliances across government and the service sector.

The monitoring period from 1 November 2018 to 1 November 2019 has seen three individual Monitors hold the role. The inaugural Monitor, Tim Cartwright APM, finished in the role on 1 August 2019 having served for almost three years. An Interim Monitor, Simon Kent was appointed for two months until I took up the role in October 2019. I am most grateful to Tim for his comprehensive handover and wise guidance, and to Simon for his steady hand in the interim period and his helpful advice and support upon my commencement. I also wish to acknowledge the FVRIM staff for their ongoing commitment to the work of the office during this time of changing Monitors. I thank those in the government and non-government sectors for their assistance and cooperation with the Monitor’s office.

I look forward with pride and optimism to working alongside the designers of this new service system to build my knowledge of the changes taking place. The efforts of the FVRIM must add a perspective and valuable contribution to the overall success of the reform program that does justice to the efforts of all those working to effect beneficial and lasting change.